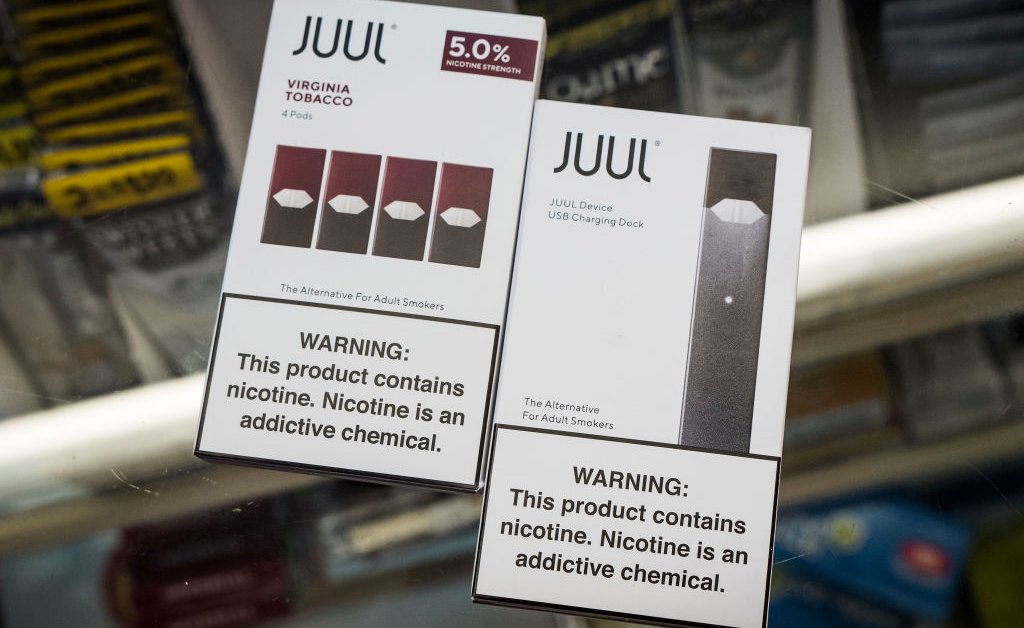 After the U.S. Food and Drug Administration (FDA) announced last week that it would order e-cigarette giant Juul Labs to stop selling its products in the U.S., my inbox flooded with emails from public-health groups applauding the decision. The CEO of the American Lung Association called it “long overdue and most welcome.” The CEO of the Truth Initiative, an anti-smoking group, called it a “huge public health victory.”

These celebratory statements center around Juul’s starring role in what federal regulators have called an epidemic of teenage nicotine addiction, one that many experts feared could undo decades of progress on smoking prevention. In that sense, its ordered exit from the U.S. market was a victory: finally, regulators were holding the company accountable and protecting kids.

It took less than 48 hours for a federal court to issue an emergency stay, allowing Juul to keep selling its e-cigarettes while its lawyers prepare a full appeal. In court filings, Juul’s lawyers called the FDA’s ruling—which the agency said was based on inadequacies in Juul’s toxicology data—”arbitrary and capricious” and argued that Juul can benefit public health by helping adult smokers switch to a less-dangerous product.

That’s a point that has often gotten lost over the past few years. Juuling isn’t only something that happens in high school bathrooms. Adult smokers also use Juul to ditch cigarettes—and for them, last week’s decision was not a victory.

“Juul is the most thoroughly researched #ecig in history,” Jonathan Foulds, a professor of public health sciences at Pennsylvania State University, tweeted after the FDA’s decision came out. “Banning this lifesaving escape route from smoking because some ‘potentially harmful chemicals’ may leach from some pods is a bit like locking the door to the fire escape because the steps may be slippery.”

Like any tobacco product, e-cigarettes are not not full-stop safe. Experts widely agree that no one who is not currently smoking should start vaping. But for those who already smoke, current studies suggest e-cigarettes can be a less-dangerous way to consume nicotine, potentially providing a bridge between lethal cigarettes and quitting nicotine entirely.

Not long ago, the country’s top tobacco regulators were cautiously optimistic about that promise. In 2017, Dr. Scott Gottlieb, who was then FDA commissioner, and Mitch Zeller, who until April was director of the FDA’s Center for Tobacco Products, described a framework for reducing tobacco-related death and disease in the U.S., including promoting e-cigarettes as an off-ramp for adults who want to stop smoking, along with nicotine gums and patches.

Then vaping took off among teenagers, with Juul, especially, spreading like wildfire in certain U.S. middle and high schools. An understandable concern for kids began to eclipse all else. As the teen vaping problem snowballed and influential lawmakers, parent groups, and public-health organizations started speaking out against Juul, the FDA had little choice but to act aggressively.

To be clear, Juul has made more mistakes than I have space to list here. (I wrote a whole book about them and have covered them extensively for this magazine.) Its first marketing campaign—which the company has repeatedly denied was meant to attract kids—was, at the very least, ill-advised. It was too easy, for too long, for underage customers to buy Juul products online and in stores. Juul executives sent company representatives into schools to educate kids about the dangers of vaping, despite the sordid history of tobacco companies doing the same. They then accepted almost $13 billion from tobacco giant Altria, raising significant conflict of interest concerns. Though Juul has behaved more responsibly in recent years, it’s not hard to understand why it earned so much public scrutiny.

The FDA’s denial didn’t focus on any of those very public mistakes. Instead, the agency ordered Juul off the market because “insufficient and conflicting data” raised concerns about genetic damage and chemicals leaching out of Juul’s e-liquid pods. The FDA said it does not have “information to suggest an immediate hazard” linked to Juul products, but any concern about health risks needs to be taken seriously.

Still, some public-health experts wondered aloud whether politics also played a role. “Given the political pressure brought to bear by tobacco-control groups, parent groups, and members of Congress to ban Juul, one wonders whether this decision was solely based on safety,” Clifford Douglas, director of the University of Michigan’s Tobacco Research Network, told the Washington Post.

A former Juul employee with knowledge of the company’s FDA application put it to me more bluntly: “Many of these decisions are political,” they said. “They’re not necessarily based on the evidence.”

Zeller categorically denies that politics influenced the FDA’s decision. “I know that a lot of people who are pro-harm-reduction and pro-e-cigarette were very disappointed in this,” he says. “I understand how others have reacted, but this is the way the system is supposed to work. This was a science-based decision by subject-matter experts.”

The question is what the effects of that decision will be. The impact among teenagers might be smaller than Juul’s history would suggest. In the latest federal study on teen vaping, about 6% of high school vapers listed Juul as their preferred brand, while 26% said their go-to brand was Puff Bar—which makes flavored, disposable vaporizers that are still for sale.

If Juul doesn’t win its appeal and must remove its products from the market, many adult users will probably switch to another e-cigarette, either one that has been authorized by the FDA or remains for sale as it waits in regulatory limbo. But if I’ve learned anything in reporting on vaping, it’s that vapers are passionate about and loyal to whatever product helps them stop smoking. So potentially taking one of the biggest brands off the market is not trivial.

When I was reporting my book on Juul, multiple people—some who had worked at Juul and some who had watched the vaping industry evolve from outside the company—said Juul’s story was one of missed opportunities. If Juul, the company, had acted more responsibly—if it hadn’t been so popular with teenagers, if it hadn’t angered regulators, if it hadn’t lit the match that started a political firestorm—perhaps Juul, the product, could have made a real difference for public health.

Would it have been “one of the greatest opportunities for public health in the history of mankind,” as co-founder James Monsees once said? That’s probably an overstatement. A major research review published last year concluded that e-cigarettes could help about three additional smokers out of 100 ditch cigarettes, compared to traditional nicotine-replacement therapies like gums and patches. That’s not a massive difference—but it is still a difference, both for public health and for those three hypothetical smokers.

That’s not to say the FDA had an easy choice on its hands, only that there is more nuance to the vaping debate than is sometimes expressed. Zeller, for his part, wishes the tobacco-control community was more willing to look for common ground when it comes to vaping.

The FDA’s decision on Juul lives in that gray area. Even if it was ultimately the right choice, based on troubling toxicology data or concerns about underage use, to cast Juul’s potential removal from the market as an unmitigated win for public health feels overly simplistic. There is some loss tied up with it, too.

Write to Jamie Ducharme at jamie.ducharme@time.com.