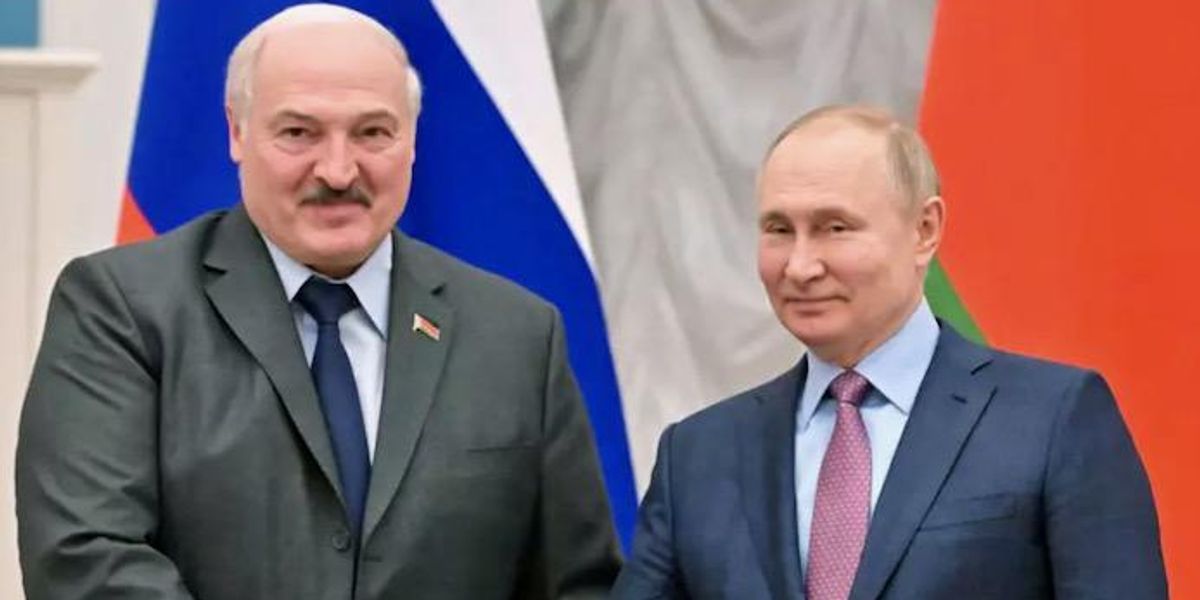 When Russian President Vladimir Putin announced his invasion of Ukraine he cited the “self-cleansing of society” and the “purification” of the motherland. It led foreign policy experts to fear that the invasion was part of a larger war of genocide.

By the end of May, Russian state TV was threatening to invade Poland. Now that the war has been going on for 131 days, a Daily Beast report cited Belarusian leader Alexander Lukashenko hinted that the next war will be against Europe as a whole.

“The time has come for the forgetful Europe to give itself a moral cleansing,” Lukashenko said, according to Belarusian state television’s BelTA.

Lukashenko talked about fighting Nazis in World War II, known to Russians as the “Great Patriotic War,” and said that their efforts aren’t over.

IN OTHER NEWS: Family says road rage shooting that was captured on video was racially motivated

Lukashenko said on Sunday that Ukraine fired missiles at Belarus, but they were shot down.

“We are being provoked,” Lukashenko claimed but failed to give any evidence the accusations were true. “They are still trying to drag us into the war in Ukraine. The goal is to get rid of both Russia and Belarus at one fling.”

“I have some unpleasant news… Even though we are methodically destroying the weapons that are being delivered [to Ukraine], but the quantities in which the United States are sending them force us to come up with some global conclusions,” he said. “Perhaps it’s time to acknowledge that maybe Russia’s special operation in Ukraine has come to an end, in a sense that a real war had started: WWIII. We’re forced to conduct the demilitarization not only of Ukraine, but of the entire NATO alliance.”

Yale professor and authoritarian expert Timothy Snyder explained at the time that Putin’s event with crowds packed into a stadium to wave Russian flags for him was nothing more than his desperate attempt at a “fascist-style rally.” The accusation triggered anchors on Russian state-run TV to be enraged at the accusation. One had an odd response: to claim the real fascist, all along, was former President Donald Trump.

Read the report on Lukashenko at the Daily Beast.