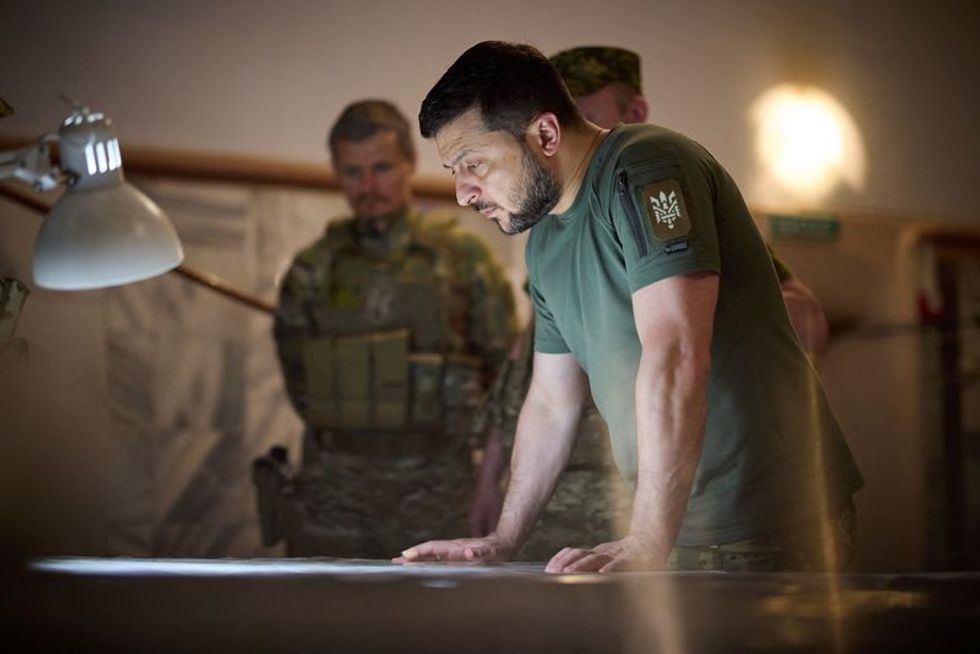 Zelenskiy announced the sacking of Ukraine’s ambassadors to Germany, India, the Czech Republic, Norway and Hungary and said new candidates were being readied for the positions.

“This rotation is a normal part of diplomatic practice,” he said in a statement.

It was not clear if the envoys would be assigned new positions.

Zelenskiy has urged his diplomats to drum up international support and military aid for Ukraine as it tries to fend off Russia’s Feb. 24 invasion.

Kyiv’s relations with Germany, which is heavily reliant on Russian energy supplies and also Europe’s biggest economy, are particularly sensitive.

Andriy Melnyk, who was appointed by Zelenskiy’s predecessor as ambassador to Germany in late 2014, is well known among politicians and diplomats in Berlin.

The 46-year-old regularly engages in outspoken social media exchanges and has branded politicians and intellectuals who oppose arming Ukraine to fight the Russian invasion as appeasers.

He once accused German Chancellor Olaf Scholz of behaving like an “offended liver sausage” when Scholz did not immediately accept an invitation by Zelenskiy to visit Kyiv.

Kyiv and Berlin are currently at odds over a German-made turbine undergoing maintenance in Canada.

Germany wants Ottawa to return the turbine to Russian natural gas giant Gazprom to pump gas to Europe, but Kyiv had urged Canada to keep the turbine, saying a return would violate sanctions on Moscow.

Canada said on Saturday it would return the turbine.