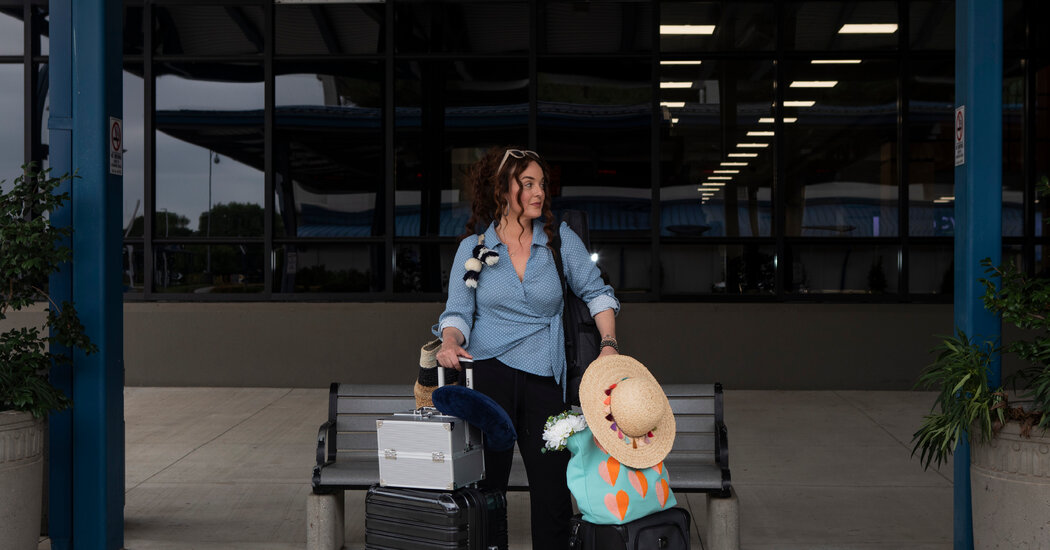 Some hotels seem instantly comfortable, with a little flair, and others are hilariously retro, like the Garland in North Hollywood, Calif., named after Beverly Garland, a 1960s actress who wanted to create a hideaway for friends and family. Whimsical and bizarre, it has a fun lobby bar that serves the Beverly Garland martini. I loved being there, while fretting a bit about an actress’s legacy. I’m running out of time to leave my mark as a mixed drink.

After being bitten by a dog in L.A., I arrived at the Hotel Nikko in San Francisco, which turned out to be a dog hotel, “a haven for travelers and their canine companions.” With actual canines wandering the lobby and a puffy toy sheepdog on my bed, it was a condensed opportunity to do 60 hours of Cognitive Behavior Therapy, re-exposing me to my fears over and over. So San Francisco, my favorite place, was jumpy, but dreary Erie, Penn. — where my room overlooked the lake — turned out to be as pretty and light-filled as Venice.

I sang in a 2,500-seat auditorium in Burlington, Iowa. “Tomorrow, we have a rodeo here — bulls will be standing right where you are now,” a stage manager said to me. Las Vegas went amazingly well. From there I went immediately to Indianapolis — which was a triumph, I suppose, of another kind.

I found myself in a pretty hotel, herding listeners into the basement-level nightclub like a kindergarten teacher finding stray children to come to recess. I discovered that there was a rival gala upstairs called “Discovering Broadway,” and that Wynton Marsalis and the Lincoln Center Orchestra were playing the Palladium across the street at exactly the same time. Our audience was so small I almost didn’t want to go onstage, but my pianist Tedd Firth reminded me that we have to. We did, and we got that little crowd happy and on their feet.

Off to London. I rise at 6 a.m. to get to Newark Airport, then sit onboard for three hours before they announce we have to exit. The flight is delayed another nine.

I cross the ocean, sleep 90 minutes and make my way to the great jazz club Ronnie Scott’s to rehearse. The club’s artistic director, James Pearson, my next pianist, turns out to be a broad-shouldered man with some Dickensian foppishness and a radically unleashed presence on the piano. Ravel flows as easily as a Shearing-esque tight swing. That’s how it is: one-night-stands that wilt or explode but must be made to work onstage.