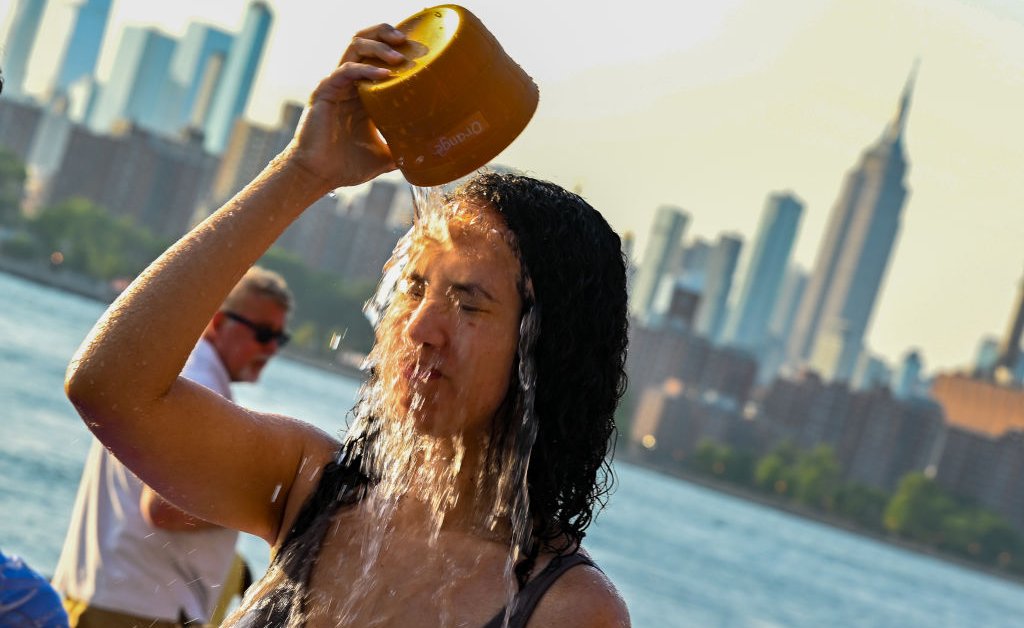 The federal government hopes a new website can help people and local governments beat the increasingly deadly heat of an ever-warming world.

Days after nearly half the country — 154.6 million people — sweated through a blistering heat wave, which for the West, hasn’t quite finished, the Biden Administration Tuesday unveiled heat.gov, which includes maps, forecasts and health advice. The government can’t lower temperatures in the short-term, but it can shrink heat’s death toll, officials said.

“July 2021 was the hottest month ever recorded on Earth and summers are getting hotter and deadlier,” said National Oceanic and Atmospheric Administration chief Rick Spinrad. “The annual average temperature of the contiguous U.S. has already warmed over the past few decades and is projected to rise by 5 to 9 degrees Fahrenheit (2.8 to 5 degrees Celsius) by the end of this century.”

But officials said even though heat is the No. 1 weather killer, and warming is worsening, deaths can still be prevented. That’s the purpose of the website.

“We don’t have to accept” heat deaths, Commerce Secretary Gina Raimondo said Tuesday. “This doesn’t have to be this way.”

The new website is aimed both at local planners to help them decide whether it is too hot for road work, at farmers for planting and harvesting advice, and even “a mom trying to decide this summer: Is it safe for your kids to play outside or to go to summer camp?” Raimondo said.

Pat Breysse, director of environmental health at the Centers for Disease Control and Prevention, said the predictions the new website offers can help authorities plan for extreme heat in advance and protect people who are most at risk, by setting up cooling centers and providing water, for example.

“There’s a host of things that we can do with this advance warning from the data that NOAA provides us, particularly from a health standpoint,” Breysse said. He pointed to earlier efforts by Rhode Island, Maine, New Hampshire and Vermont to change weather service heat warnings to make them more effective for New England residents.

The new website could be put to use immediately because record-breaking temperatures are forecast for Spokane, Washington, and Boise, Idaho — heat in the low to mid 100s, Spinrad said.

Outside experts said the multi-agency website and action are overdue.

“This is an important step for elevating the risks of heat,” said University of Georgia meteorology professor Marshall Shepherd, past president of the American Meteorological Society. “For too long, heat has been one of the deadliest weather hazards, but has languished from an urgency standpoint,” ignored by the public, media and decision-makers. Shepherd said people scamper inside at the threat of lightning or tornado, but exert themselves when the heat index is 100 or higher.

North Carolina state climatologist Kathie Dello said, “extreme heat is one of our greatest challenges as a county and I’m glad to see the interagency cooperation.”

It’s important that the website shows that heat isn’t just a problem for today “but in the future,” Dello said.

Given warming trends, this summer with its widespread heat waves “is likely to be one of the coolest summers of the rest of our lives,” Raimondo said. “That’s a pretty scary thing.”