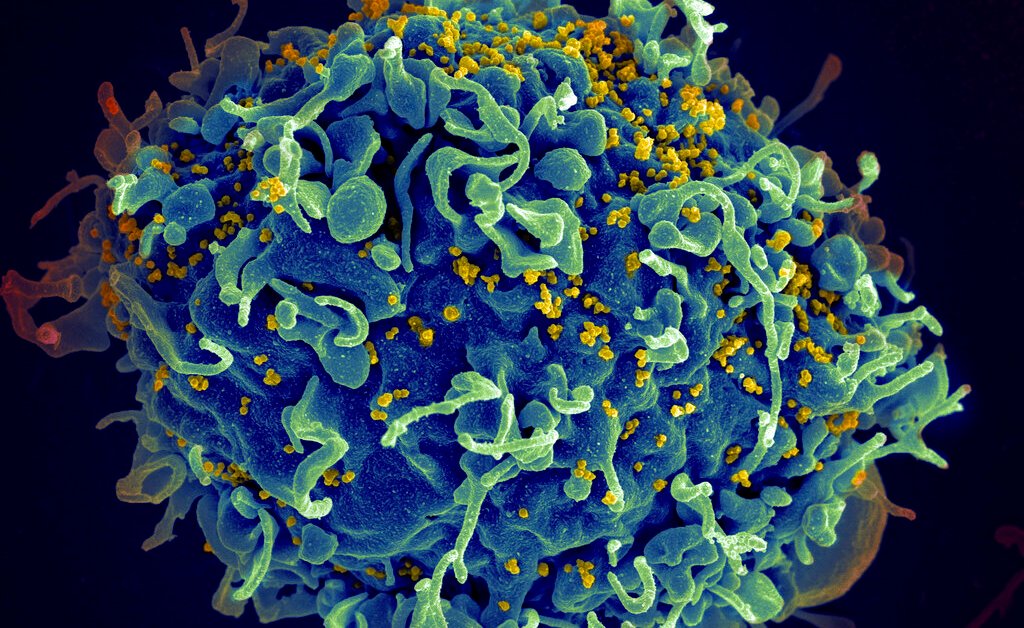 Hard-won progress against HIV has stalled, putting millions of lives at risk, according to an alarming report Wednesday on how the COVID-19 pandemic and other global crises are jeopardizing efforts to end AIDS.

Worldwide, the years-long decline in new HIV infections is leveling off. Worse, cases began climbing in parts of Asia and the Pacific where they previously had been falling, according to the United Nations agency leading the global AIDS fight.

The number of people on lifesaving HIV treatments grew more slowly last year than it has in a decade. Inequities are widening. Every two minutes last year, a teen girl or young woman was newly infected — and in sub-Saharan Africa, they’re three times as likely to get HIV as boys and men the same age. And 650,000 people died from AIDS-related illnesses last year, the report found.

Read More: From AIDS to COVID-19, America’s Medical System Has a Long History of Relying on Filipino Nurses to Fight on the Frontlines

“This is an alarm to the world to say that COVID-19 has blown the AIDS response significantly off track,” said Matthew Kavanagh, deputy executive director of UNAIDS.

The U.N. set a goal of fewer than 370,000 new HIV infections by 2025. Last year, there were about 1.5 million — meaning it would take a major turnaround to get anywhere near that target. Yet low- and middle-income countries are $8 billion short of the funding needed, as international aid also has dropped, the report found.

Things might be even worse considering that HIV testing slowed or even stopped in many places when COVID-19 hit, potentially leaving even more virus spread uncounted.

“People are exhausted with epidemics and pandemics,” said Dr. Anthony Fauci, the U.S. government’s leading AIDS expert. “We have to fight twice as hard to get HIV back on the radar screen where it belongs.”

The sobering news comes as the International AIDS Conference begins this week in Montreal — where some promising science is being reported. Among the highlights:

— A man who had lived with HIV for about 30 years is in long-term remission and just might be one of only a handful of people worldwide ever considered cured, thanks to a special bone marrow-like transplant.

That rigorous treatment is only an option for HIV patients who also develop leukemia and need transplanted blood stem cells to fight the cancer. This man’s donor happened to carry a rare gene mutation that makes the newly transplanted cells resistant to HIV.

Read More: What Researchers Have Learned About Whether it’s Possible to ‘Cure’ HIV

The man, now 66, underwent the transplant in 2019. Soon after, the COVID-19 pandemic began and he decided to stay on HIV medication until he could get vaccinated. He’s now been off anti-AIDS medication for 17 months with no signs of HIV, Dr. Jana Dickter of City of Hope, a California cancer research center, said Wednesday.

That makes him the oldest and longest-living person with HIV to undergo this potentially curative transplant. Scientists hope these rare cases might offer clues that eventually lead to better care for more people.

Also Wednesday, University of Barcelona researchers reported that a woman’s own immune system seems to have kept her HIV tamped down to an undetectable level for 15 years. The woman was part of a research study in 2006 that included some immune-boosting treatments but it’s not clear why she’s faring so well.

— Another study presented Wednesday found that taking an antibiotic after unprotected sex could reduce the chances of getting gonorrhea, chlamydia or syphilis.

Those sexually transmitted diseases are caused by different types of bacteria. They are a rising threat, especially among people who also have — or are at high risk for — HIV.

In Seattle and San Francisco, researchers gave study participants — gay men, bisexual men and transgender women — the antibiotic doxycycline with instructions to take a single dose within 72 hours whenever they had sex without using a condom. Those who did saw their risk of infection drop more than 60%, said Dr. Annie Luetkemeyer of the University of California, San Francisco.

Before experts recommend that strategy, they’ll need to know if it could worsen antibiotic resistance, making either the STDs themselves or other bacteria people encounter harder to treat. The Centers for Disease Control and Prevention said it will examine that carefully, but it posted online some cautions for anyone considering this use of doxycycline in the meantime.

— The UNAIDS report showed the public health fight against HIV is getting harder, but there are a few bright spots. Researchers reported Wednesday that Botswana, which is hard-hit by HIV, already has achieved a key 2025 goal: 95% of HIV-infected people know their status, more than 95% of those who know are getting treated, and more than 95% getting treated show signs their virus is being suppressed.

UNAIDS executive director Winnie Byanyima said it’s not too late to get back on track despite the continued COVID-19 and economic crises.

“Ending AIDS would cost much less money than not ending AIDS,” she said. “The actions needed to end AIDS are also key for overcoming other pandemics.”