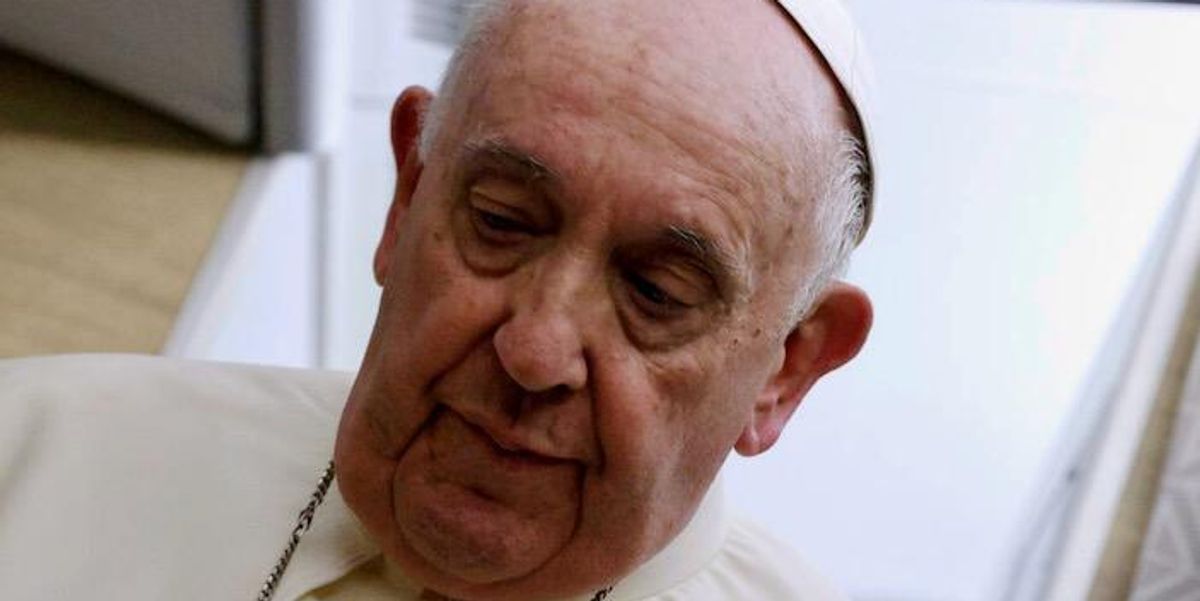 Why would the party that claims patriotism and the flag as their logos work so hard to make it difficult for people to vote? Why would they vote against supporting our veterans during their time of need? Why would they support authoritarian Russia and vote against aid to democratic Ukraine? Why do they celebrate an autocrat and fascist like Viktor Orbán and invite him to speak at their CPAC convention when he’s openly taking Russia’s side in its conflict with Europe and Ukraine; has shut down independent newspapers, TV, and radio in Hungary; and now preaches against the dangers of “race mixing”?

Why would the party that claims to stand up for the “average American” and “the little guy” work so hard to prevent working people from having union representation in the workplace? Why do they support giant monopolistic corporations that force the average American to pay more than $5000 a year over citizens of Europe or Canada for everything from airfare to cell service to pharmaceuticals to access to the internet? Why do they constantly try to reduce taxes on the morbidly rich while only throwing the smallest of bones to average working people and sticking our children with the debt?

New Jersey Congressman Bill Pascrell recently put together a “Republican Vote Tracker” that’s become a meme across the internet. He points out that the Republican vote totals just during this congressional session tell their own story:

When you do a deep dive into the guts of the GOP’s policy operations, the answer to all these questions becomes crystal clear: the Reagan Revolution of the 1980s was a revolution in the truest sense of the word.

It was a revolution in values as much as in economic and political policy.

Prior to Reaganism (aka neoliberalism), Republicans believed that their job and the work of our government they controlled was to serve the needs of the American people and keep our country united around a common set of values and goals. My dad’s GOP of the 1950s supported community and working class people.

Teddy started the break-up of the most egregiously giant corporate monopolies, made it a felony for corporations to fund political candidates for federal office, and Franklin raised taxes on the morbidly rich to a 91% bracket on income over around $3 million a year in today’s dollars.

Eisenhower embraced those anti-trust and anti-corruption laws and the egalitarian American values they reflected. He kept the top tax rate at 91% for individuals and around 50% for the very most profitable corporations, expanded GI bill benefits, supported free college, maintained and strengthened regulation of banks, built the interstate highway system, encouraged unionization, and funded brand new hospitals, schools, and airports from one end of the nation to the other.

Eisenhower also embraced public education: after Sputnik went up in 1957, his Education Department helped jump-start programs for gifted kids across the country (I was in one throughout elementary school), producing a generation of engineers and scientists who revolutionized the world with the transistor, integrated circuit, and lasers.

He subsidized the development of what ultimately became personal computers and the internet, and funded research that revolutionized medicine with new classes of antibiotics, cancer drugs, and imaging technologies.

When Eisenhower’s rightwing brother Edgar wrote him a letter in 1954 worrying that all this support for working people and government funding for science was “socialist,” President Eisenhower was blunt in his response:

“[T]o attain any success it is quite clear that the Federal government cannot avoid or escape responsibilities which the mass of the people firmly believe should be undertaken by it. The political processes of our country are such that if a rule of reason is not applied in this effort, we will lose everything–even to a possible and drastic change in the Constitution. This is what I mean by my constant insistence upon ‘moderation’ in government.
“Should any political party attempt to abolish social security, unemployment insurance, and eliminate labor laws and farm programs, you would not hear of that party again in our political history. There is a tiny splinter group, of course, that believes you can do these things. Among them are H. L. Hunt (you possibly know his background), a few other Texas oil millionaires, and an occasional politician or businessman from other areas. Their number is negligible and they are stupid.”

By the third year of his first term, 1955, Eisenhower’s popularity rated by Gallup was between 68 and 79 percent. When he ran for re-election in 1956, his platform was explicit:

“Under the Republican Administration, as our country has prospered, so have its people. This is as it should be, for as President Eisenhower said: ‘Labor is the United States. The men and women, who with their minds, their hearts and hands, create the wealth that is shared in this country—they are America.’
“The record of performance of this Republican Administration on behalf of our working men and women goes still further:
*The Federal minimum wage has been raised for more than 2 million workers.
*Social Security has been extended to an additional 10 million workers and the benefits raised for 6 1/2 million.
*The protection of unemployment insurance has been brought to 4 million additional workers.
*There have been increased workmen’s compensation benefits…
*All workers have gained and unions have grown in strength and responsibility, and have increased their membership by 2 millions.”

By the mid-1960s, however, rightwing oil barons like the Hunt brothers had gained ascendance in the Republican Party. They believed that greed should be the central focus of the GOP, that great wealth should be celebrated, and that working people and their unions must be marginalized.

In 1964, Republican activists at the party’s convention booed and shouted down New York Governor Nelson Rockefeller when he called for Eisenhower’s “moderation,” electing instead an acolyte of Milton Friedman, Barry Goldwater, who declared that “extremism in the defense of liberty is no vice.”

Goldwater’s buddy Friedman had a novel idea that he called neoliberalism, as I lay out in The Hidden History of Neoliberalism: How Reaganism Guttered America; in 1981 it became the basis of the Reagan Revolution. In its essence, it said that one of the Seven Deadly Sins — greed — wasn’t actually a sin at all. Greed, Friedman said, wasn’t even a base human impulse that had to be controlled lest it destroy society.

Instead, Friedman preached, greed was good. It animated business and drove consumers. If the economy and the government could just be turned over to those who were the most aggressively greedy, Friedman and his neoliberal colleagues argued, the result would be prosperity for all.

By 1980, the Republican Party had swallowed neoliberalism hook, line, and sinker.

Reagan truly believed that greed alone could power America to success and prosperity. When Michael Douglas made his famous “greed is good” speech in the 1987 movie Wall Street, he was merely echoing the Reagan Republicans of the day.

Thus, greed has become the animating principle that drives the entire Republican Party of today. The only function of government, in their minds, should be to help the greediest in America make a buck.

Public schools don’t promote greed or make anybody money, Republicans note, so they should be destroyed to pave the way for profitable private schools. This is why Republicans across the country are attacking schools and school boards and Ron DeSantis has rigged the rules in Florida to allow a waitress without a college degree to become a 3rd grade public school teacher, even though her only credential is that her husband was once a military veteran.

Similarly, Social Security and Medicare don’t make money for anybody so they must be privatized. George W. Bush’s invention of the Medicare Advantage scam has already privatized about half of Medicare: Senator Rick Scott has made it clear that when the GOP regains federal power they’ll end Social Security within five years.

Even government service, for Republicans, is a way of getting rich: just look at multimillionaire Paul Ryan. Or multimillionaire Newt Gingrich. They’ve drilled campaign finance laws so full of holes (with help from 5 Republicans on the Supreme Court) that politicians can now keep most of the dark money they raise, even when they leave office. Donald Trump turned this into an art-form: he’s raised and pocketed three-quarters of a billion dollars just since he left office.

So why would Republicans support an autocrat and racist like Viktor Orbán? Why are they pushing guns on the American people while denying women and girls the right to an abortion? Why do they embrace homophobia, racism, and work so hard to further destroy our biosphere with fossil fuels?

Again, when you understand that greed is the single animating principle in the modern Republican Party — a principle they publicly embrace without shame — it all makes sense.

The average American doesn’t believe greed is good: most of us still consider it a sin or at least a character flaw that must be regulated to prevent damage to society. Although Reagan was successful at convincing many in the generation coming up in the 1980s that greed was good (particularly economists like Stephen Moore and Larry Kudlow, who show up on Fox), since then Republicans have learned to keep the pro-greed rhetoric to themselves.

Why? Because they want to win elections so they can have the political power to continue to play the greed game with the wealthiest and greediest people in America. And, because most Americans still think greed is a moral failing, that requires coalition politics.

They already have the support of the small number of ideologues who agree with Friedman and think the neoliberal failures of Chile and Russia were just anomalies. But that’s not enough to win elections.

So they reached out to the white racists, which got them another dozen or so percentage points. The homophobes added even more people to their coalition. Toss in the gun freaks and forced birth crowd and you have enough — with the help of massive cash infusions from fossil fuel billionaires — to win elections and further deconstruct the America built by the Roosevelts, Eisenhower, and Lyndon Johnson.

Viktor Orbán is a twofer for them. He’s already transformed Hungary into an authoritarian neofascist state with one-party rule; every major industry (including the media) is now owned by his oligarch cronies: it’s the model Republicans have been pursuing for 42 years.

Hungary is now (along with Russia) the world’s leading exemplar of the doctrine that greed should be the organizing principle of government, a system I detail in The Hidden History of American Oligarchy.

Orbán’s openly harnessed the power of racism to help him stay in power, and is bringing it to a GOP conference in America next month with his warnings against “race mixing.”

The Republican Party has become a rotting corpse, politically, infested with bigoted maggots and defended by wealthy vultures. It has only one single true principle, greed, and is determined to reinvent America in greed’s image.

Will they succeed and complete the Reagan Revolution, turning America into an English-speaking version of Orbán’s Hungary?

That will depend on whether American voters continue to tolerate the breathtaking levels of corruption and cynicism that Republican politicians are so proud of — or if Americans show up in large enough numbers this November to turn them out of office and convince the GOP to go back to its Eisenhower roots.