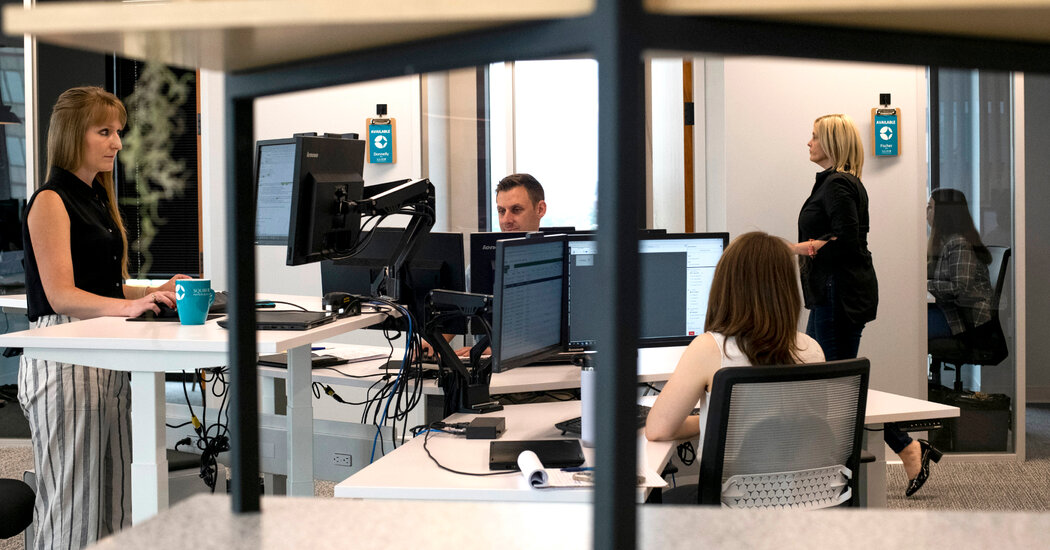 Gabe Tucker, 26, is a lawyer with Fortif Law Partners in Birmingham, where the share of job listings that permit remote work is roughly half that of New York’s. Each morning, Mr. Tucker puts on a button-down shirt, drives for 15 minutes and arrives at the office around 8 a.m. His routine, in other words, remains identical to the one he had before the pandemic began (with the exception of no longer having to wear a tie). In the evenings, he and his colleagues sometimes make a toast to celebrate the closing of a deal. They’ve been back in the office since June 2020, with masks and other Covid precautions.

“It’s work like normal, pretty much,” Mr. Tucker said. “We found it difficult to be working remotely. We all enjoy being around each other.”

San Francisco’s office occupancy is at 39 percent of its prepandemic level, and New York’s is at 41 percent, according to data from the building security firm Kastle. Austin, Texas, meanwhile, is at nearly 60 percent. Then there’s the Huntington Center, a 37-story office tower in downtown Columbus, which now has about 85 percent of its prepandemic occupants on site at some point during the week, according to Hines, the company that manages the building.

Traci Martinez, the office managing partner at Squire Patton Boggs, a law firm with offices on the 20th floor of the Huntington Center, said somebody coming from San Francisco might walk into her office and marvel at the buzz.

“They would come into our building and be like, ‘Wow, this is just normal,’” said Ms. Martinez, 45.

She has a front-row view of the disparities in office returns nationwide. She coordinates with managers in the firm’s numerous offices, and has found that its Ohio locations have filled up faster than many others, particularly its Washington, D.C., location.