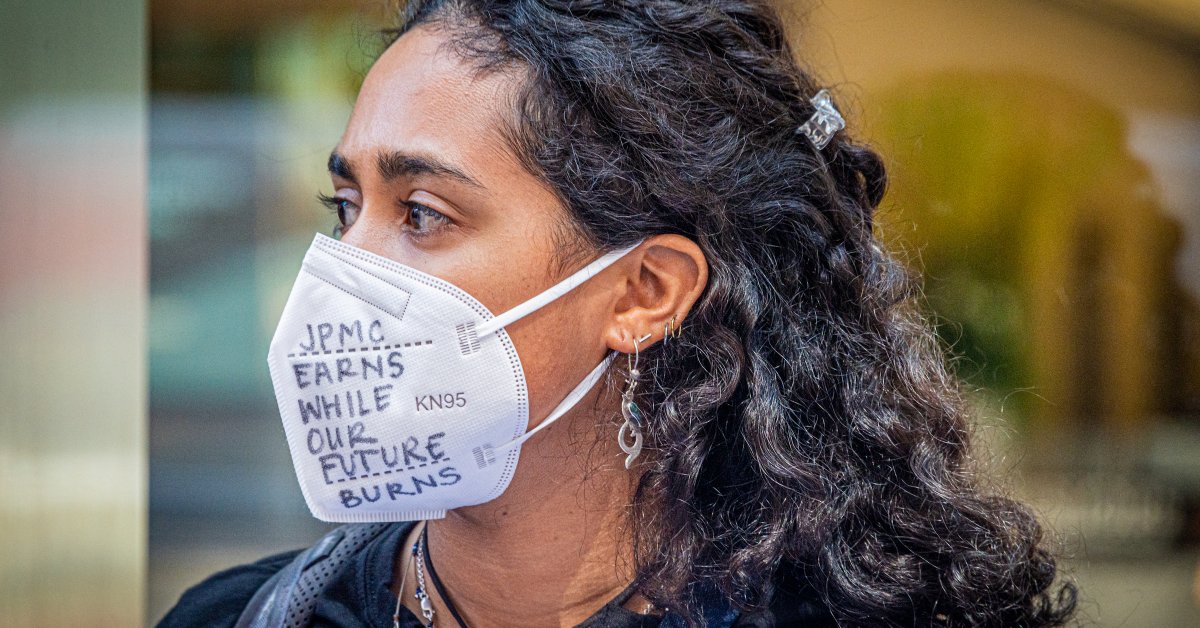 Scientists and activists have deployed many tactics to help combat climate change: expanding technologies like wind and solar power, building better batteries to store that renewable energy, and protecting forests, all the while striving to reduce greenhouse gas emissions.

On Aug. 4, during the American Psychological Association’s Convention in Minneapolis, nearly a dozen experts turned the spotlight on another more surprising tool: psychology.

“I used to begin my presentations by talking about temperature data and heat-trapping gasses, but now I begin most of my presentations in the same way: by asking people, ‘How do you feel about climate change?’” said Katharine Hayhoe, chief scientist for the Nature Conservancy, a nonprofit environmental organization, during a panel discussion. “I get the same words everywhere: anxious, worried, frustrated, concerned, devastated, overwhelmed, angry, hopeless, horrified, frightened, heartbroken, and afraid.”

Simply simmering in those negative emotions won’t accomplish much: “If we don’t know what to do with them, that can cause us to withdraw, to freeze, to give up rather than take action,” Hayhoe says.

Psychology can play a role in helping fight climate change by gleaning the most effective ways to change human behavior and encouraging individuals to take action. Extreme weather events also affect people’s mental health and wellbeing, so psychologists need to be prepared.

Here’s a look at how psychology can be utilized in the climate crisis.

Climate change is a growing threat to mental health. Extreme weather events like wildfires and hurricanes can lead to depression, anxiety, and post-traumatic stress disorder in people of all ages, sometimes by causing displacement and food insecurity. And research indicates that higher temperatures are associated with an increased risk of suicide and mental health-related hospital admissions.

Many people are also experiencing climate anxiety, or existential dread about the future of the planet. According to a study published in the Lancet in 2021, 84% of people ages 16 to 25 from 10 countries—including the U.S.—are at least moderately worried about climate change, while 59% are very or extremely worried.

It’s not unusual to have “very powerful emotional responses” to this crisis, said Susan Clayton, a professor of psychology at the College of Wooster in Ohio, during the presentation. Those who are experiencing extreme emotions might benefit from counseling or other mental-health treatment—as well as some assurance that they don’t have to have all the answers. Psychologists and others in leadership positions ought to remind people that “this is a systemic issue,” Clayton said. “People struggling with climate anxiety may feel personally responsible for saving the world. No individual should have to bear that weight on their shoulders.”

In addition to anxiety, many people, especially young adults, are experiencing anger over inheriting a problem they did not create. This is a justified response, and it can be harnessed, Clayton stressed: “Anger can be really powerful in motivating people to get involved,” and for some people, it may be more useful than the passivity that can result from anxiety. “There’s a real place for anger.” What’s important, she added, is figuring out how to translate it into acceptable social action.

Children are also experiencing climate anxiety, and many parents are grappling with how to navigate these complex conversations. “As a parent, I would say two things: one, don’t lie to a child, because they’ll find out, and that just undermines their trust,” Clayton said. “And bear in mind their emotional needs. Please don’t tell them the world is going to come to an end.”

As a society, we need to provide emotional coping skills to children who are directly or indirectly receiving messages about climate change, she said. Kids need outlets, and it’s important for parents and community leaders, including psychologists, to identify ways to promote advocacy from an early age. For example, UNICEF suggests talking about steps the entire family can take together, like recycling, reducing food waste, saving water, and planting trees.

Read More: What Extreme Heat Does to the Human Body

How to fight climate-change denial

There’s solid scientific evidence that the human-caused climate crisis is real. Yet some people refuse to acknowledge it exists.

Climate denial manifests in many ways, said Gale M. Sinatra, a professor of psychology and education at the University of Southern California and co-author of Science Denial: Why It Happens and What to Do About It. Some people are adamant that hurricanes, droughts, and scorching heat waves aren’t signs of a climate crisis. Others express doubt or demonstrate “resistance to do something about it” or even talk about it, she said. “A lot of people kind of understand something is going on but are hesitant to act, and in that delay is a denial of this crisis that’s upon us.”

There are a variety of cognitive and emotional reasons a person might subconsciously use to justify their climate denial, said Sinatra. It might have to do with “motivated reasoning,” or wanting to believe in a preferred outcome rather than confronting a harsh reality. Or, someone’s social identity might be tangled up in driving a big truck, for example, that they don’t want to trade in for an electric vehicle—so it’s easiest to pretend no problems exist. “Sometimes people don’t want to put those things together because they don’t want to change their lifestyle,” she said.

So what can be done about climate denial? One strategy is to tailor the message to whatever the person you’re speaking to cares about. It can also help to be mindful of an us-against-them mentality and aim to make conversations inclusive.

For example, in Science Denial, Sinatra recommends listening to those who resist science and trying to understand their concerns and fears. Aim to find common ground, she advises, like a shared desire to improve the air that people with asthma breathe. It can also be helpful to ask someone why they don’t value scientific knowledge, and to demonstrate that you’re open minded and willing to consider their point of view. That increases the chances of having a meaningful dialogue.

To make sure you don’t fall for misinformation about climate change, Sinatra suggests becoming skilled at searching for and evaluating scientific claims, and being aware that people are shown content based on algorithms, which can help “counteract any biases you may be developing by simply following Google or your social media feeds.”

Read More: Terrified of Climate Change? You Might Have Eco-Anxiety

How to empower people to fight climate change

The climate crisis can sometimes feel like a distant threat—something we can deal with tomorrow, said Christie Manning, the director of sustainability and a faculty member in the department of environmental studies at Macalester College in Saint Paul, Minnesota. But we know that’s not the case, as recent heat waves have made clear.

Connect with the youth. Manning has been thinking about climate change for decades. But back in 2018, after a prominent United Nations report was released, she recalls walking home with her then-13-year-old daughter. “She turned to me and said, ‘Mom, I learned about this climate report from a friend at school today, and I need you to tell me what this means for my life. What does it mean for my future?’ It was one of those moments where my heart dropped into my stomach, because I know what this means for all young people’s lives if we don’t get our act together and do something about the climate crisis.”

That conversation raised the stakes for Manning—and she believes that people who have a connection with a young person are more likely to care about and be willing to take action on the climate crisis. “Let’s encourage everybody we know to have a conversation with a young person, to listen to young people and their concerns,” she said. “Because if we listen to them, I think that will galvanize more action and raise the stakes for all of us.”

Ask yourself: what feeds your positive emotions? If we don’t find some way to feel hope, or a sense that we’re working on solutions, we’ll likely experience paralysis and anxiety, Manning said. Many people find such meaning when they become part of a community, so it’s important to seek out others. “If I’m worried about the climate crisis and I spend time with people who don’t share that worry, I start to feel pretty alone,” she said. “But if I join with a community that feels the same fear I do, and we’re taking action together, I feel that social support, and I feel validated.”

Joining a community, like a local advocacy group, can also help you feel like you’re actually making a dent in a problem, which is the sort of motivation many people need to continue plugging away.

Take action outside your comfort zone. As humans, we all have untapped power to change the world around us, Manning said. Often, people default to pledging to eat less meat, or driving less—admiral goals, “but we know that those individual actions are not what it’s going to take to solve this crisis.”

She suggests motivating yourself—or encouraging others—to “take bold steps,” like contacting elected officials or forming a club that will build a community solar garden. “These are the kinds of actions that have great ripple effects and can bring about systemic change,” Manning said. “And individuals have the power to take these steps. We need to encourage them and help them overcome their discomfort.”