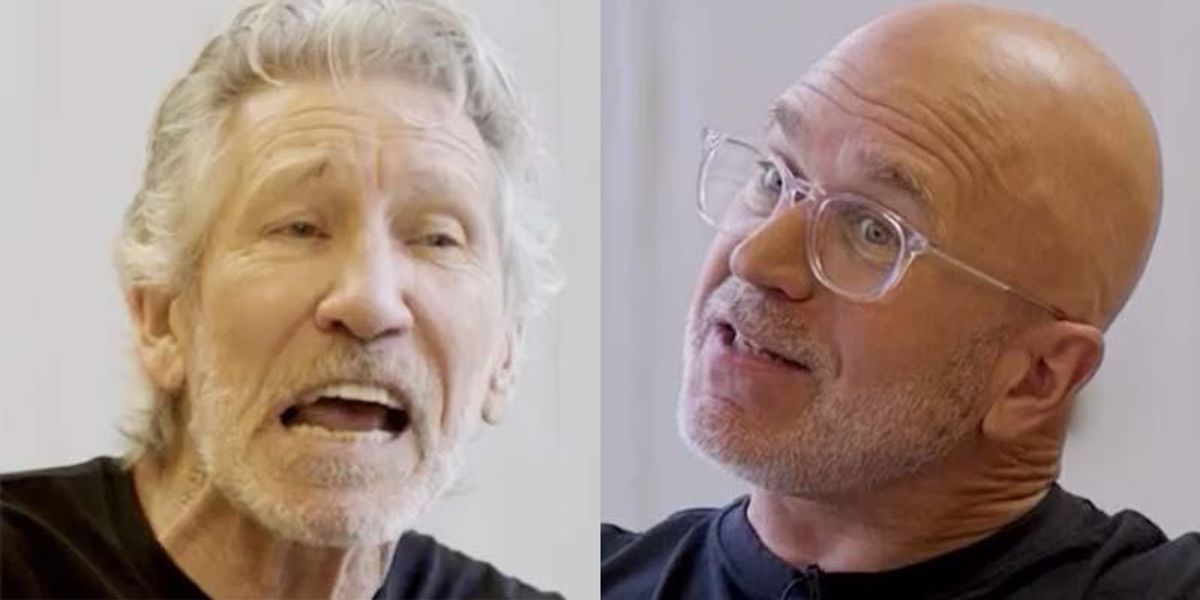 Early Saturday morning, CNN host Michael Smerconish shared a clip from an extensive interview with Pink Floyd founder Roger Waters that grew heated when the interviewer brought up the Russian invasion of Ukraine which brought a virulent rebuke from the rock star.

Smerconish introduced the segment by noting that Waters is known for his controversial political views and twice during the interview the Pink Floyd frontman snapped at the CNN host.

“Are you an equal offender on this tour?” Smerconish prompted. “I remember the last tour, I came and watched, very much about Trump. In the current show, there’s a montage of war criminals, according to you, and a picture of President Biden on the screen and it says, ‘just getting started.’ What’s that all about?”

“Joe Biden is fueling the fire in Ukraine for a start,” Waters shot back. “That’s a huge crime. Why won’t the United States of America encourage Zelenskyy to negotiate, obviating the need for this horrific, horrendous war?”

“But you’re blaming the party that got invaded. You got it reversed,” Smerconish protested.

“Any war, when did it start?” Waters parried. “You can look at the history, you can say it started on this day, you can say it started in 2008, okay? This war is… this war is basically about the actions and reaction of NATO pushing right up to the Russian border, which they promised they wouldn’t do when Gorbachev negotiated the withdrawal of the USSR from the whole of eastern Europe.”

“You got into World War II because of Pearl Harbor,” the rock star countered. “You were completely isolationist until that sad, that devastating, awful day.

“You would think the Russians would have learned their lesson from war and wouldn’t have invaded Ukraine, fair?” the CNN host asked.

“You with all your –,” the exasperated rock star began before changing gears and telling the host, ‘I would suggest to you, Michael, that you go away and read a bit more and then try to figure out what the United States would do if the Chinese were putting nuclear-armed missiles into Mexico and Canada.”

Watch below or at this link.