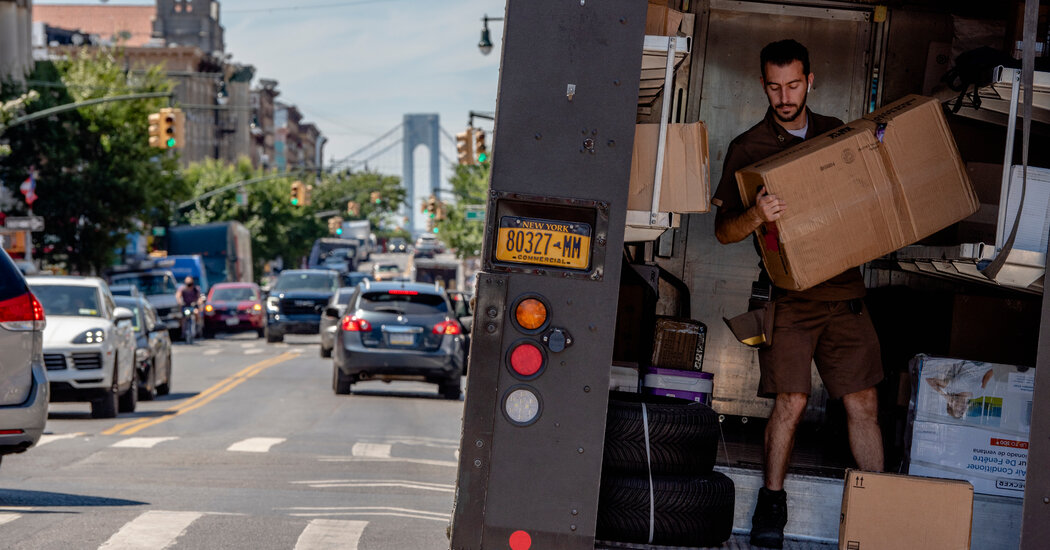 “Our package delivery vehicles make frequent stops, which requires the engine to be turned off and the doors to be opened and closed, about 130 times a day on average,” the company said in a statement.

“The health and safety of our employees is our highest priority,” UPS said, adding that in preparation for heat waves, it was providing workers with additional water, ice, electrolyte replacement beverages and fruit.

The company said it also planned to distribute cooling towels and uniforms made of moisture-wicking fabric, and to accelerate the installation of fans in vehicles across the country. “We never want our employees to continue working to the point that they risk their health or work in an unsafe manner,” the company added.

At the same time, lawmakers have also been pushing for better conditions for mail carriers.

Last month, Tony Cárdenas, a Democratic United States representative in California, introduced a bill that would require the Postal Service to install air-conditioning in all of its vehicles. The measure is named after a 63-year-old driver for the service, Peggy Frank, who, on a 117-degree day in 2018, was found unresponsive in her mail truck in the San Fernando Valley, about 25 miles northwest of downtown Los Angeles.

Currently, 34 percent of its vehicles have air-conditioning, and an additional 66 percent have fans, the Postal Service said, adding that any vehicles purchased after 2003 were equipped with air-conditioning. “Our carriers deliver the mail throughout the year during varying temperatures and climatic conditions,” the Postal Service said in a statement. “This includes during the summer months when the temperatures rise throughout the country.”

The service reminds carriers to stay hydrated, wear hats and get in the shade whenever possible, it said, and noted that it started a heat illness prevention program to provide mail carriers with training and “resources needed to do their jobs safely.”