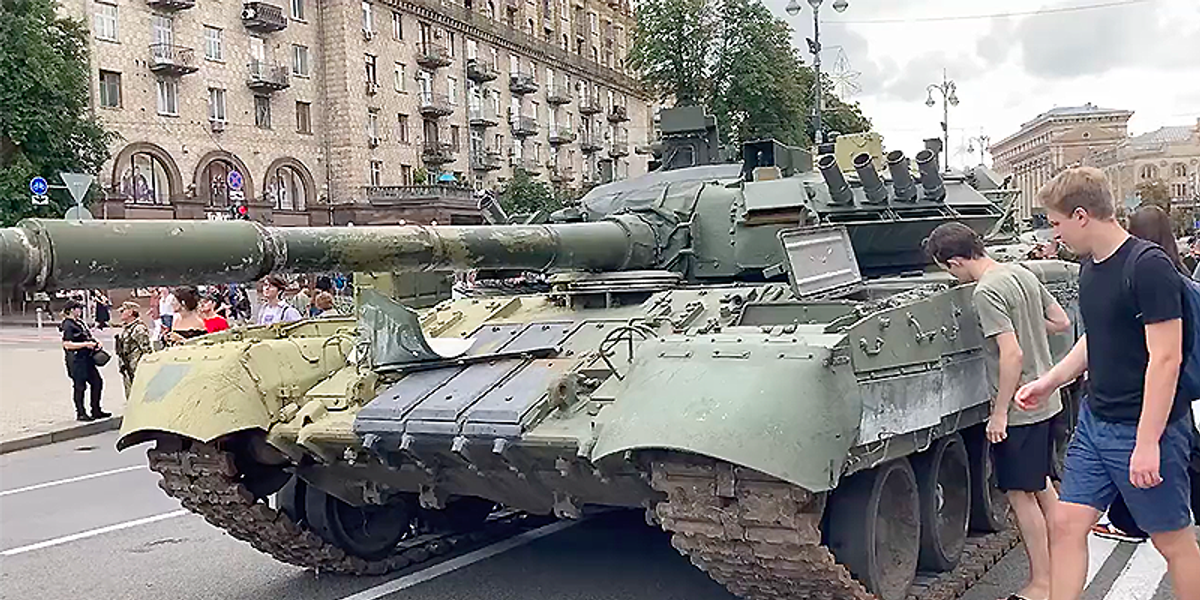 So when the Colorado secretary of state’s office learned early this year that the U.S. Department of Justice would allow funding through the Edward Byrne Memorial Justice Assistance Grant program to be used by state and local election offices to combat threats, they submitted an application in March. The office requested $396,000 to pay contractors to monitor social media for threats and to enhance physical security for the secretary of state’s office staff and county clerks through September 2023.

In May, Deputy Secretary of State Christopher Beall made a presentation to the board that determines grant recipients.

“There is a clear threat to Colorado Department of State (CDOS) staff, including the Secretary of State,” Beall wrote in a letter to the Colorado Department of Public Safety, which oversees the grant. “We are, simply stated, facing a threat environment that is unprecedented for election officials and staff.”

But in June, the office learned that the advisory board of mostly law enforcement leaders considered and denied the secretary of state’s application for funding for the coming fiscal year. According to the denial email, the board thought the proposal lacked sufficient content and details, and the project duplicated services or research that is already available or being done.

The board did award the secretary of state’s office $160,000 of a requested $241,000 in emergency funding to combat threats through the end of September, but the funds will expire before the November election.

With less than three months until the midterm election, many election officials across the United States say a continuing onslaught of violent threats makes them worried about their safety and that of their colleagues. The threats have led to mass resignations, leaving their offices understaffed for future elections.

While Colorado was able to acquire emergency funding, no other Byrne JAG funding recipients have reported using the funds for election security as of the end of March reporting period, the most recent data available, according to the Bureau of Justice Assistance, the DOJ department that oversees the grants.

“It is a positive step that Byrne JAG funds may now be used to protect elections and election officials,” the Colorado secretary of state’s office said in an emailed statement. “More can be done to ensure that the funds are indeed allocated for this purpose.”

Amy Cohen, the executive director of the National Association of State Election Directors, which is made up of election officials across the country, said federal agencies need to do more to ensure that election officials can obtain the money.

“They have made funds available, but they haven’t made them accessible, and I think that’s a pretty significant difference,” she said.

Since the 2020 election, elections officials across the country have faced an unprecedented number of violent threats. In July 2021, DOJ launched a task force to help address the threats and as of this month, the department has reviewed over 1,000 threats, brought charges against five people, and secured one conviction, according to Assistant Attorney General Kenneth Polite Jr.

But a recent survey by the Brennan Center for Justice found that the problem is much larger than the Justice Department has reported. The survey by the left-leaning organization found that more than half of election officials do not report threats, and when they do, only 20% report them to federal law enforcement.

In response to appeals from people in the election community who said the Justice Department needs to do more to protect their safety, the department announced in January that the Byrne JAG program, the largest source of federal criminal justice funding for state and local jurisdictions, could be used by state and local election offices to help combat violent threats against people who work in elections.

Since 2005, the Byrne JAG program has provided states, tribes, and local governments with funding to boost various law enforcement and corrections programs based on the size of the state’s population and its rate of violent crime. In fiscal 2021, $283.5 million was allocated through JAG grants.

In a letter to the state administering agencies, the DOJ wrote in January that the broad criminal justice purposes allow for the funds to also be “used to deter, detect, and protect against threats of violence against election workers, administrators, officials, and others associated with the electoral process.”

At the time of the announcement, Michigan Secretary of State Jocelyn Benson, who has faced threats from armed demonstrators outside her home, expressed relief, saying the allocation “removes from us the perpetual anxiety of trying to figure out how to fund needed security and protections.”

Benson and other election officials began considering how they would use the money for physical security at their offices, like additional locks, cameras, and bulletproof glass, and for other services like social media monitoring programs.

In Colorado, under a bill signed by the governor in June, the Colorado State Patrol is now required to provide protection and security services to the secretary of state, but members of the office told the JAG advisory board in May that other state and local election officials need similar law enforcement protection, according to minutes from the meeting.

The secretary of state’s office told the board that it’s currently paying for threat prevention with vacancy savings, “which is not a viable long-term solution.” They also said they requested funding support from the General Assembly, but said it appears unlikely to be approved. Therefore, they said they’re counting on federal grant funding to continue to combat threats.

But in reality, the Byrne JAG program isn’t providing the support needed to combat violent threats, according to advocates who work closely with election officials.

In each state, an agency or person is tasked with determining how to divide up the state’s funds. While the federal government can give guidance, it’s up to the state’s administering agency to award the money.

One of the problems with the grant program is that it’s shared by numerous stakeholders, Cohen said. If elections officials request some Byrne JAG funding, they would be taking that money away from other state agencies and organizations that may have relied on it for decades.

Allowing an election office to hire private security, for example, might mean that a county has to take money away from indigent defense or a drug treatment program.

“There are so many different stakeholders for these grants that election officials are now at the end of the line,” Cohen said. “They’ve just asked people to cut the same pie in smaller slices instead of making a bigger pie.”

The law enforcement members of Colorado’s advisory board have a vested interest in directing the funding to themselves and their programs.

According to minutes from the May meeting of the advisory board, Douglas Gray, Colorado’s chief probation officer, said he feels like the secretary of state’s request for funding “doesn’t fit within JAG mission” and he “feels it’s supplemental.”

In Florida, David Stafford, the supervisor of elections in Escambia County, said he has not yet attempted to apply for federal grant money but might do so in the future. He called the new sources for federal funding a “net positive,” but said the fact that the Byrne JAG grant is spread among so many agencies changes his calculation about whether to apply.

“One might be more hesitant to spend time and resources to apply for a grant in which you are potentially competing with other worthy recipients (police departments, corrections departments, neighborhood services, etc.) than just a pot of money set aside specifically for elections,” he said in an email.

In a statement, Tannyr Watkins, a spokesperson for the Bureau of Justice Assistance, explained why more Byrne JAG funds aren’t going to election officials.

“In both the state and local JAG solicitations that were released in June 2022, BJA included language that encouraged JAG recipients to utilize funds to prevent and respond to threats of violence against election workers, administrators, officials, and others associated with the electoral process,” Watkins said.

But members of Congress want DOJ to do more to clarify the grant process and to protect election officials from threats. In a letter to Attorney General Merrick Garland in April, Democratic Sens. Amy Klobuchar of Minnesota and Dick Durbin of Illinois said that election officials are confused about the task force and how they can report threats and get financial assistance.

“Election workers have expressed a lack of clarity about how to work with state and local law enforcement to access Byrne JAG funding,” they wrote.

No help from DHS program

A DHS spokesperson said no minimum spend was indicated because the funds need to have a nexus to terrorism and are intended to supplement funds from the U.S. Election Assistance Commission for this purpose.

Cohen said she’s heard from election officials that decided not to apply for the DHS grant because they knew the application would be time-consuming, and they wouldn’t get the money. She said that others who reached out to their state administering agency to talk about a project were told not to bother because all the money was already being used for other purposes.

Elizabeth Howard, senior counsel for the Brennan Center’s Democracy Program, testified before the U.S. House Committee on Homeland Security about the issues.

“Without firm requirements for state and local recipients of JAG and HSGP grants to spend a portion on election security, the state administering agencies that plan how grant funds will be spent are too likely to overlook election needs or to deprioritize those needs due to political pressures,” she said in her written testimony.

The state administering agencies are not ones that election officials have worked with in the past, so Cohen said many have had to “start from scratch” to build relationships with the people in charge.

Moving forward, the timing may also present problems because elections officials will have to make their requests early in the year.

Similarly, the Homeland Security grant program made election security a priority late in the grant cycle, which left little time for states to modify their priorities to match the federal government’s new priority of funding election security.

Election officials say they need the federal grants to prioritize them, as the midterm elections are approaching and the threats and harassment that started around the 2020 election have not slowed. Republicans aligned with former President Donald Trump continue to falsely claim that the 2020 election was rigged and that election officials took part in schemes to help President Joe Biden and Democrats steal votes.

In June, the Election Assistance Commission voted unanimously to expand the use of Help America Vote Act funds to protect election officials from threats after the Government Accountability Office authorized them to do so. But that money is already used for other purposes, like replacing outdated voting equipment.

The Brennan Center survey found that almost 80 percent of local election officials think the federal government is either doing nothing to support them or are not doing enough.

The Brennan Center also estimated that roughly $300 million is needed to physically protect election offices and workers over the next five years.

While Cohen said that NASED doesn’t have a position on whether federal agencies should help fund elections, the current effort is meaningless unless more is done.

“We didn’t realize we needed to say, ‘If you are going to fund elections, we need to be able to access the money too,’” she said.