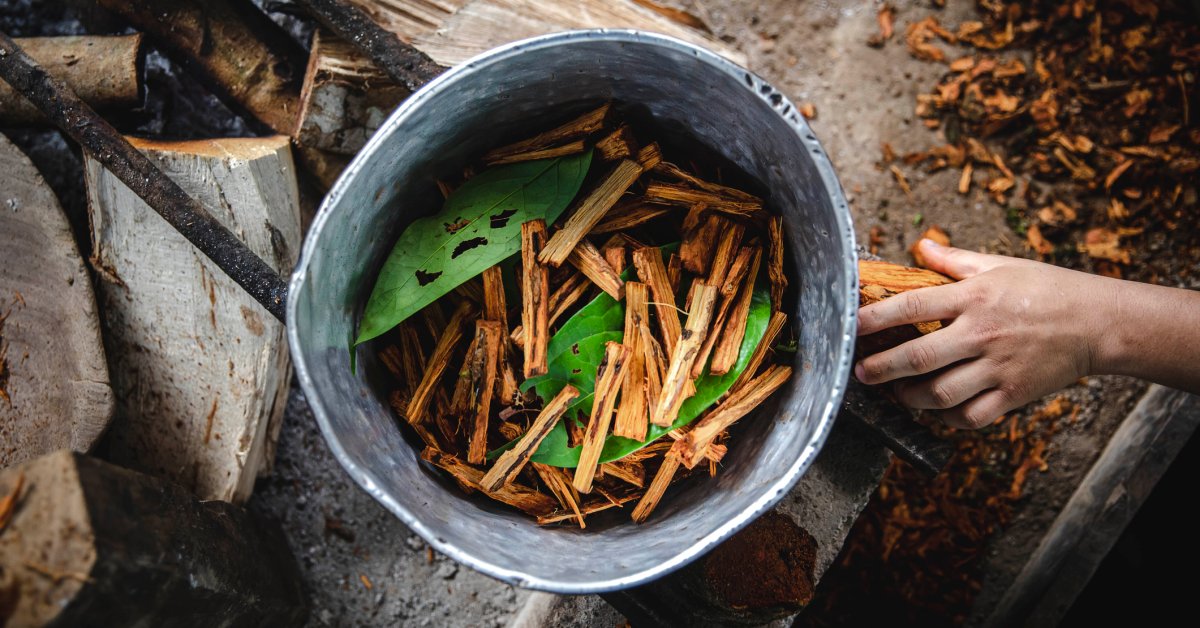 Out-of-body and other mystical experiences can be life-changing, and research suggests they can even make people less afraid of dying. But such experiences are rare, and tend to occur accidentally and in the most extreme circumstances—such as at the brink of death.

There might be another way to mimic the near-death experience: scientists have identified striking parallels between these experiences and the effects of psychedelic drugs. According to a new survey conducted by researchers at Johns Hopkins Medicine, published Aug. 24 in the journal PLOS ONE, people’s attitudes about death change after both a psychedelic drug experience and a non-drug-related out-of-body experience. The researchers split more than 3,000 participants into two groups: those who had previously had an extraordinary non-drug experience, and those who had used a psychedelic drug: psilocybin (found in magic mushrooms), lysergic acid diethylamide (LSD), ayahuasca, or N,N-dimethyltryptamine (DMT). They found that about 90% of people in both groups were less afraid of death than they had been before their experiences.

These findings build upon previous research showing that psychedelics, especially when combined with therapy, can relieve anxiety about the end of life. That includes a 2016 randomized clinical trial that found that psilocybin lessened depression and anxiety among 51 patients with life-threatening cancer. Co-author Roland Griffiths, a professor in the departments of psychiatry and neurosciences at the Johns Hopkins University School of Medicine, is hopeful that psychedelics could one day be used to help anyone who’s struggling with the fear of death. Treatment “could significantly reduce suffering in individuals with or without a life-threatening illness,” he says, including by lessening the emotional pain some people feel at the end of their lives, such as depression, anxiety, and isolation.

Evidence suggests that psychedelics can affect the brain, including by promoting neuroplasticity, which refers to its ability to modify, change, and adapt. It’s harder to determine how near-death experiences impact the brain. However, both experiences—nearly dying and taking psychedelics—can be profound. About half of each group in the new study said that they’d encountered something they might call “God”—48% among the non-drug group, and 56% among people who’d used psychedelics. In the non-drug group, 85% said the experience was in the top five most meaningful of their lives, compared to 75% of the psychedelic group.

The study isn’t a perfect representation of the range of what happens when people take psychedelics or have an unusual non-drug experience. For instance, the study authors point out that the participants were mostly white and American. They also opted to join the survey, which means they might have been especially motivated to share their experiences. Plus, there are signs that at least some people could be negatively affected by these experiences; about 1 in 20 people in each group said that they were more afraid of death afterwards.

The next step is additional scientific research, says Griffiths, including broad surveys of the general population. For now, however, the new findings add hope that while death will always be inevitable, suffering at the end doesn’t need to be.