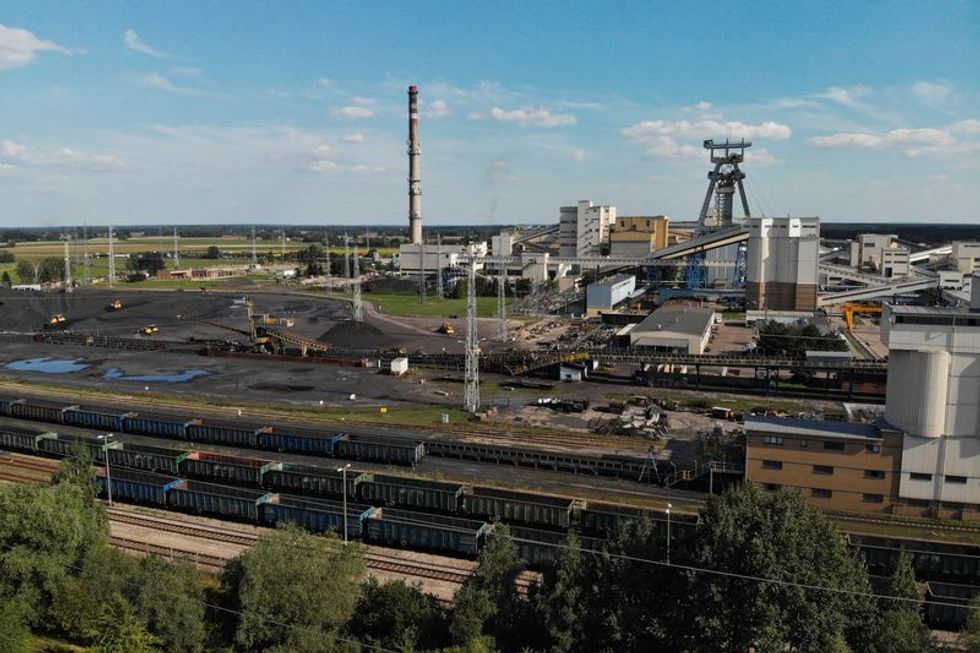 With the trigger laws going into affect this week, fully a third of American women no longer have the right to an abortion; Republican legislators in multiple states are discussing ways to keep women from leaving those states or to track and prosecute them if they go out-of-state.

This didn’t come out of nowhere: it’s the result of a project several of the Court’s old-timers — particularly Scalia, Thomas, and Alito — have been working on for decades. Scalia, back in the day, was the most open about their whole letting-religion-control-American-law agenda.

And, perhaps ironically or perhaps just predictablely, it’s not only ruining government and politics: it’s destroying people’s faith in and attachment to religion.

Much of this crisis of both religion and government can be traced back to a small group of Republicans on the Supreme Court who were often led, in this crusade, by Antonin Scalia.

Arguably the most powerful man on the Supreme Court — thus, one of the most powerful men in America during the years since the Reagan Revolution — Scalia turned history on its head when he visited an Orthodox Jewish synagogue in New York and claimed straight-up that the Founders intended Christianity to play a big role in government.

Scalia, apparently reflecting the perspective of all six Republicans currently on the Court, then went so far as to suggest that the reason Hitler was able to initiate the Holocaust was because of Nazi separation of church and state (which, by the way, did not happen: it was the opposite).

Again, A sitting justice of the US Supreme Court publicly claimed that the holocaust happened because of the separation of church and state.

The Associated Press reported on November 23, 2004:

“In the synagogue that is home to America’s oldest Jewish congregation, he [Scalia] noted that in Europe, religion-neutral leaders almost never publicly use the word ‘God.’”

“Did it turn out that,” Scalia asked rhetorically, “by reason of the separation of church and state, the Jews were safer in Europe than they were in the United States of America?”
He then answered himself, saying, “I don’t think so.”

Scalia had an extraordinary way of not letting facts confound his arguments (see Heller), but with this argument he went completely over the top by suggesting that a separation of church and state facilitated or even caused the Holocaust.

If his comments had gotten wider coverage (they were only noted in one small AP article, one in the Jerusalem Post, and an op-ed I wrote in December, 2004), they may have brought America’s largest religious communities — both Christian and Jewish — into the streets, back in the day.

Born in 1936, Scalia was old enough to remember the photographs that came out of Germany when he was a boy: they were all over the newspapers and news magazines at war’s end. It’s difficult to believe he wasn’t exposed to them as a teenager, particularly having been raised Catholic.

And if he missed all that, one would think that Scalia’s son the politically-connected priest (here he is at Amy Coney Barrett’s swearing in) would have told him about them.

There’s no shortage of photos of Catholic Bishops giving the collective Nazi salute. The annual April 20th celebration, declared by Pope Pius XII, of Hitler’s birthday. The belt buckles of the German army, which declared “Gott Mit Uns” (“God is with us”). The pictures of the 1933 investiture of Bishop Ludwig Müller, the official Bishop of the 1000-Years-Of-Peace Nazi Reich.

That last video should have been the most problematic for Justice Scalia, because Hitler had done exactly what Scalia was recommending: he merged church and state.

And, as Republicans across the country are moving us toward, he did it by passing laws and amending or changing the understanding of Germany’s constitution.

Article Three provides absolute assurance to the new state church that the Reich will fund it, even if that requires going to Hitler’s cabinet. It opens:

“Should the competent agencies of a State Church refuse to include assessments of the German Protestant Church in their budget, the appropriate State Government will cause the expenditures to be included in the budget upon request of the Reich Cabinet.”

“At a time in which our German people are experiencing a great historical new era through the grace of God,” the new German state church “federates into a solemn league all denominations that stem from the Reformation…”

Catholics out, Protestants in. In power, that is. And everybody under the single umbrella of Hitler’s state.

Section Four, Article Five of that new constitution further established a head for the new German state-church with the title of Reich Bishop. Hitler filled the job with a Lutheran pastor, Ludwig Müller, who held the position until he committed suicide at the end of the war.

Which brings up one of the main reasons — almost always overlooked by modern-day commentators, both left and right — why the Founders and Framers were so careful to separate church and state: They didn’t want religion to be corrupted by government.

Many of the Founders were people of faith, and even the Deists like Franklin, Washington, and Jefferson were deeply touched by what Franklin called “The Mystery.” And they’d seen how badly religious bodies became corrupted when churches acquired power through affiliation with or participation in government.

As I note in The Hidden History of Big Brother, the Puritans, for example, passed a law in Plymouth Colony in 1658 that said:

“No Quaker Rantor or any other such corrupt person shall be a free man in this Corporation [the state of Massachusetts].”

Puritans banned Quakers from Massachusetts under pain of death, and, as Norman Cousins notes in his book about the faith of the Founders, In God We Trust:

“And when Quakers persisted in returning [to Massachusetts] in defiance of law, and in practicing their religious faith, the Puritans made good the threat of death; Quaker women were burned at the stake.”

Quakers were also officially banned from Virginia prior to the introduction of the First Amendment to our Constitution. Cousins notes:

“Quakers who fled from England were warned against landing on Virginia shores. In fact, the captains of sailing ships were put on notice that they would be severely fined. Any Quaker who was discovered inside the state was fined without bail.”

Throughout most of the 1700s in Virginia, a citizen could be imprisoned for life for saying that there was no god, or that the Bible wasn’t inerrant. Jefferson, for example, who openly ridiculed Christian preachers, joined and attended a Virginia church because Virginia law required church attendance to qualify to run for the Virginia legislature.

“Little wonder,” notes Cousins, “that Virginians like Washington, Jefferson, and Madison believed the situation to be intolerable.”

Even the oppressed Quakers got into the act in the 1700s. They finally found a haven in Pennsylvania, where they infiltrated government and promptly passed a law that levied harsh fines on any person who didn’t show up for church on Sunday or couldn’t “prove” that s/he was home reading scripture on that holy day.

Certainly, the Founders wanted to protect government from being hijacked by the religious, as you can find by an even cursory reading of the more outspoken Founders like Jefferson, Franklin, or Dr. Benjamin Rush on this topic.

But most of them were even more concerned that the churches themselves would be corrupted by the lure of government’s access to money and power.

Religious leaders in the Founders’ day, in defense of church/state cooperation, pointed out that for centuries kings and queens in England had said that if the state didn’t support the church, the church would eventually wither and die.

“We are teaching the world the great truth, that Governments do better without kings and nobles than with them. The merit will be doubled by the other lesson: the Religion flourishes in greater purity without, than with the aid of Government.”

He added in that same letter:

“I have no doubt that every new example will succeed, as every past one has done, in showing that religion and Government will both exist in greater purity the less they are mixed together.”

But always, in Madison’s mind, the biggest problem was that religion itself showed a long history of becoming corrupt when it had access to or controlled the levers of governmental power and money.

“The settled opinion here is, that religion is essentially distinct from civil Government, and exempt from its cognizance; that a connection between them is injurious to both…”

Yet now, in 2020, religious leaders have both corrupted government and — in the process — corrupted themselves by grasping for the power and influence government can wield.

If there’s any lesson to be learned from Reagan’s, Bush’s, and Trump’s embrace of white evangelical Christianity, it’s that its as destructive to Christianity as it is to government.

That all of this — the merging of church and state, 16th century laws against abortion, forced school prayer, taxpayer subsidies for religious schools — has now been put into law with the Dobbs and other recent Supreme Court decisions, is no less shocking than that it was first publicly announced by Scalia in the nation’s oldest Orthodox synagogue.

And it is damaging faith and religion every bit as much as it is government.

In some distant place, Adolf Hitler and Bishop Müller must be smiling at the six Republicans on the Court’s growing conflation of church and state in America. It’s exactly what they worked so hard to achieve in Germany in the 1930s, and what helped make their horrors possible.

And our nation’s Founders, if they’re watching, must have tears in their eyes.