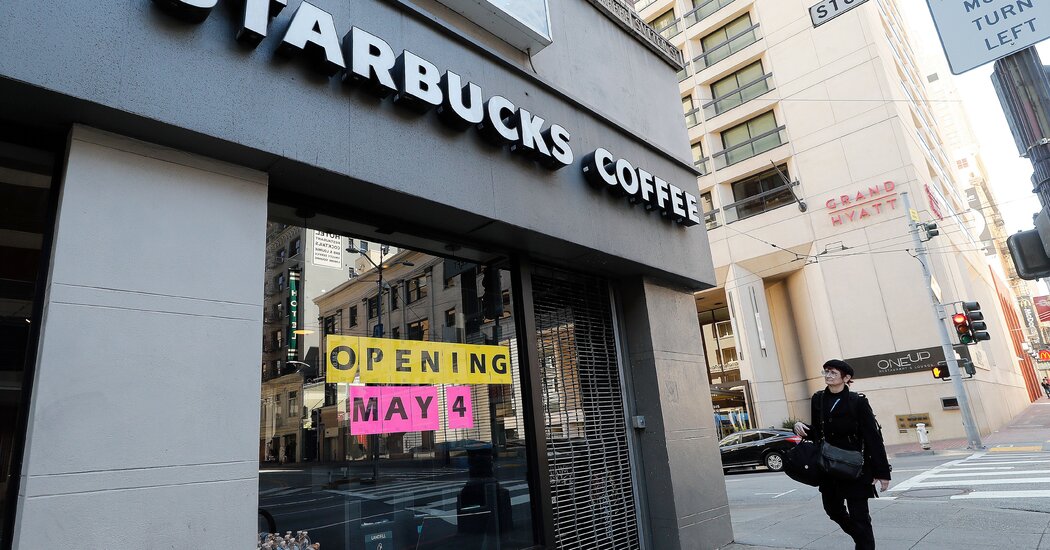 California’s State Senate yesterday passed a bill that would create a council to set wages and working conditions for the fast-food industry, after furious lobbying from both unions and the industry.

What’s happening: The bill would set up a 10-member council, including representatives for workers and employers. It could set industrywide minimum wages in the state at up to $22 an hour next year, far exceeding the statewide minimum wage of $15.50. The council would have jurisdiction over restaurant chains with at least 100 locations nationwide, including Starbucks and McDonald’s.

“It’s one of the most significant pieces of state employment legislation that’s passed in a long time,” Kate Andrias, a labor law expert at Columbia University, told The Times’s Noam Scheiber. The council moves California closer to sectoral bargaining, in which workers negotiate with employers over pay and working conditions on an industry basis, instead of company by company.

Sectoral bargaining is common in Europe, but less so in the U.S. — though that could change, given California’s influence. “We are concerned about other states — the multiplier effect of something like this,” Matthew Haller, the president of the International Franchise Association, told The Times.

The fast-food industry is up in arms. “This is the biggest lobbying fight that the franchise sector has ever been in,” Haller told The Wall Street Journal. McDonald’s encouraged franchisees nationwide to lobby against the bill, while investors in the industry worry about what the spread of such legislation might mean for profits.

The legislation isn’t law yet. Gov. Gavin Newsom has until Sept. 30 to sign it, and he hasn’t tipped his hand thus far. His Department of Finance, however, opposed an earlier version of the bill that gave the council jurisdiction over matters like scheduling and made restaurant chains joint employers of franchise employees.

Oil helps give Russia an upper hand over the West. Moscow is earning an average of $20 billion a month from oil and gas exports, up 42 percent from a year ago, helping compensate for Western sanctions. Meanwhile, Exxon Mobil said it will sue the Russian government if it cannot pull out of the Sakhalin-1 oil and gas project.

The F.T.C. sues a data broker over location privacy concerns. The agency said that Kochava, a digital marketing and analytics company that brokers geolocation data from smartphone apps, hadn’t done enough to prevent the tracking of individuals, particularly if they visited sensitive places like abortion clinics. Kochava has denied the claims.

A blockbuster deal. In April, Elon Musk made an unsolicited bid worth more than $40 billion for the social network, saying he wanted to make Twitter a private company and allow people to speak more freely on the service.

Previewing the trial. Lawyers for Twitter and Mr. Musk have issued more than 100 subpoenas ahead of the trial in October, mostly targeting tech VIPs. But Mr. Musk’s lawyers have also subpoenaed Twitter’s former security chief, Peiter Zatko, signaling that Mr. Musk may try to use Mr. Zatko’s accusations of false statements and security shortcomings at Twitter in the dispute.

YouTube’s top business executive will leave. Robert Kyncl, who helped build the video site into an online advertising giant, will depart after 12 years. He’ll be replaced by Mary Ellen Coe, a senior executive at Google, which owns YouTube; Kyncl hasn’t said what he’ll do next.

A legal challenge from the right on boardroom transparency

Yesterday, three federal judges in Louisiana heard arguments from conservative nonprofit groups who are suing the S.E.C. for approving a Nasdaq rule that would require companies listed on the exchange to report how many of their board members were women, from an underrepresented minority or L.G.B.T.Q., and explain any lack of diversity.

Their argument: The disclosure rule is unconstitutional in part because it forces discrimination based on race and gender. The law “cannot bear the weight” of this transparency demand, they argue.

Are diversity disclosures discriminatory? That is not the first question, technically. Nasdaq is a private entity and constitutional claims only apply to state actors, so opponents of the requirement must first show that S.E.C. approval turned it into a state action. Much of the debate in court was devoted to this issue. A lawyer for the Alliance for Fair Board Recruitment, one of the petitioners, argued that Nasdaq’s listing rule “now has the imprimatur of the federal government.”

Is the S.E.C. imposing its ideology? If so, that could show Nasdaq acted as a kind of government arm. Petitioners pointed to two statements by commissioners as proof of S.E.C. influence, but Judge Stephen Higginson sounded unconvinced.

Can Nasdaq demand “woke or socially conscious information,” Judge Higginson asked yesterday. Nasdaq’s lawyer rejected these characterizations and said the exchange adopted the rule because investors want transparency, noting that there were about $40 trillion dollars in investment capital behind a single supportive amicus brief. The disclosures are “well within the mainstream,” the lawyer argued.

But companies “are not really waiting for this to shake out,” a partner at the law firm Ropes and Gray, Jeremiah Williams, who was formerly at the S.E.C., told DealBook. They’re already responding to the transparency demands. Whatever happens next, he said, “the train’s already left the station” when it comes to E.S.G., or environmental, social and governance investing.

The suit is part of a wider conservative campaign to challenge policies perceived as left-leaning, a campaign that uses tools pioneered by progressives. Conservatives are now fighting businesses while progressives make the case for market dynamics, Williams said. And the fighting seems to have just gotten started. Legal challenges to board diversity requirements in California have so far succeeded.

Elon Musk delivered a letter to Twitter yesterday citing the recent whistle-blower allegations of Pieter Zatko, the former Twitter security chief who also goes by the nickname Mudge, as new reasons for him to walk away from the $44 billion acquisition. The move is likely a precursor to Musk trying to amend his suit against Twitter.

Musk’s new arguments: He says his merger agreement with Twitter required that the company be in compliance with all federal laws. And he argues that Zatko has shown Twitter has not been complying with a 2011 consent decree with the F.T.C. over security practices, violating that part of the deal contract. Musk says that would constitute a “material adverse effect,” which would allow him to walk away from the deal. He also says that Twitter should have disclosed the network security weaknesses in its S.E.C. documents, and accuses it of fraud for not doing so. Other justifications for walking away from the deal, as noted in the letter, include additional risks of litigation.

What now? As DealBook noted yesterday, it’s clear Zatko will take center stage in Musk’s efforts to break off the deal. Musk may ask the judge overseeing the litigation with Twitter in Delaware to amend his countersuit against Twitter (which this letter seems to most directly portend) and probably push for more time for discovery. He could potentially go for the even more brazen move of pursuing a federal securities claim, and ask that judge put the deal on hold until the case is settled. (Here’s a further curveball: The contract appears to limit any federal suit to Delaware — but could Musk try to lodge one in the more friendly state of Texas?)

“The skyrocketing electricity prices are now exposing the limitations of our electricity market design. It was developed for different circumstances.”

— Ursula von der Leyen, the president of the European Union’s executive arm, tries to gain member countries’ support for an overhaul of the eurozone’s electricity market as prices soar above 600 euros per megawatt hour.

Hedge funds have built up a $37 billion short position against Italian sovereign debt, according to S&P Global Market Intelligence — the biggest wager since 2008 that the country’s Treasury bonds will fall in value. DealBook’s new senior editor, Bernhard Warner, reports from Rome:

Meet “the spread,” or the difference in yield between Italian long-dated Treasuries and the more stable German sovereign debt. The number is often used as a rough proxy for Italy’s economic well-being and “lo spread” has returned tothe country’s front pages and evening news bulletins.

The short bet follows a tumultuous summer in Italy, when a constitutional crisis unseated the country’s prime minister, the former E.C.B. president Mario Draghi. Along with volatility in the energy market, the political upheaval has sent Italian bond yields to their highest point since the early days of the Covid pandemic.

This morning, the spread stood at 229 basis points, well over twice its level when Draghi took office in February last year. And political uncertainty may widen it further: Italians head to the polls on Sept. 25 for a parliamentary election, the first step in forming the country’s 70th government since the end of World War II. A coalition led by Giorgia Meloni, a far-right politician riding a populist anti-immigrant wave, is tipped to win.

The spread was a really big deal during the eurozone debt crisis. Today, it’s only just creeping back into the news, and I haven’t heard quite as much from the usual characters about it. (That includes my conspiracy-minded barber, the chatterboxes at the dog park and our butcher who reads every newspaper.) That could change if political upheaval continues, or the European energy crisis worsens. The hedge fund Blue Bay Asset Management told The Financial Times last week it’s watching those factors closely as it builds its short position against the Italian securities.

But the shorts are up against a potent force. Since the start of the pandemic, the European Central Bank has been a whale in Europe’s bond market. Under the P.E.P.P. pandemic emergency program, it has bought 289 billion euros ($290 billion) in Italian debt since June 2021, a bank spokeswoman calculated for DealBook. In a stabilizing but confounding move, the E.C.B. continues to buy the debt of laggard eurozone economies, including those of Italy, Spain and Greece — a policy known as quantitative easing — even as it raises interest rates (which is quantitative tightening).

The E.C.B.’s bond buying is keeping a lid on yields — for now. “Whether or not these speculative shorts will pay off for the hedge funds taking them, I think we are not going to see an imminent blow-up in periphery debt markets,” Robin Brooks, the chief economist at the Institute of International Finance, told DealBook. “I think it’s unlikely just because the E.C.B. is in the market.”