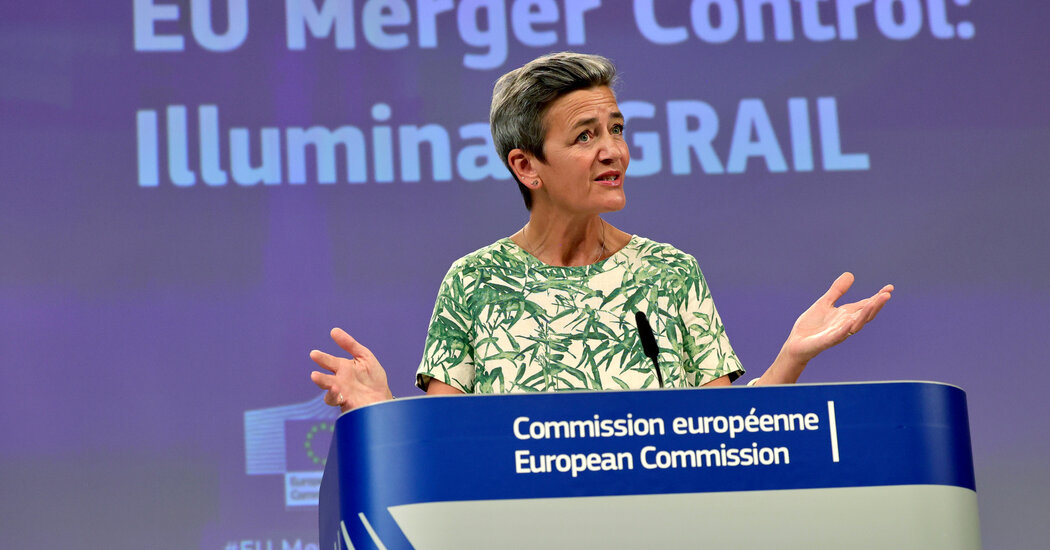 An $8 billion merger between the gene-sequencing company Illumina and Grail, a maker of early cancer-detection tests, is turning into the test case for a new era of stricter global scrutiny of mergers and acquisitions.

Illumina last week scored a big win over U.S. antitrust regulators in its battle to buy Grail. But on Tuesday, the E.U.’s competition authority blocked the same transaction, although Illumina argues that Grail does not operate in Europe and that the deal should not even be subject to review there, the DealBook newsletter reports.

The decision stems from the first application of a new E.U. antitrust review standard adopted last year, which allows E.U. member states to request scrutiny of a merger even if the companies involved are not concentrated in the eurozone market. The European authorities concluded that the Illumina-Grail merger would stifle innovation and reduce choice in the emerging market for a new kind of cancer-detection test.

The decision stands in sharp contrast to a ruling in the United States last week, when an administrative law judge for the Federal Trade Commission found the deal posed no threat to competition. The agency is appealing.

Resistance to this deal from competition law enforcers around the world comes as members of Congress and health regulators have argued for swift approval on public health grounds, signaling that antitrust is a global matter, even if companies argue that their deals are not.

Illumina has said the merger posed no issues for the bloc: “Grail has no products or customers in Europe,” Francis deSouza, Illumina’s chief executive, told DealBook.

He is also acutely aware of the fact that it may not matter if the E.U.’s precedent holds. Illumina is preparing for all scenarios, including divesting Grail, which it formally acquired last year despite continuing antitrust reviews by U.S. and the E.U. regulators and it will appeal both this E.U. ruling and the previous one that gave the European Commission jurisdiction in the matter.

As it stands, it appears “any country” could assert jurisdiction over any business, regardless of whether it operates in a region, Mr. DeSouza said, adding, “We think everyone needs clarity.”