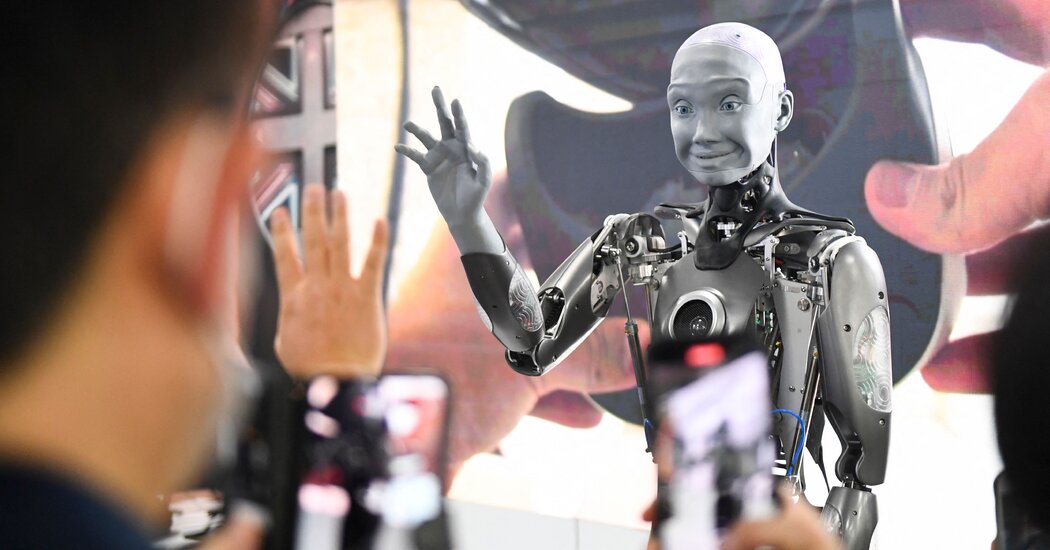 WASHINGTON — President Biden will sign an executive order on Thursday designed to sharpen the federal government’s powers to block Chinese investment in technology in the United States and limit its access to private data on citizens, administration officials say, in a move that is bound to heighten tensions with Beijing.

The new order is designed to focus the actions of the secretive Committee on Foreign Investments in the United States, created by Congress nearly a half-century ago. For years the committee’s powers were limited largely to blocking the foreign acquisition of American firms that might have a direct impact on national security — a military contractor, for example.

But the new order directs the committee, known by the acronym CFIUS, to concentrate on specific types of transactions that would give a foreign power access to key technologies that Mr. Biden has identified as critical to American economic growth.

The committee will review cases that would have an impact on “microelectronics, artificial intelligence, biotechnology and biomanufacturing, quantum computing, advanced clean energy, and climate adaptation technologies,” according to a White House summary. While China is not specifically mentioned in the order, all of those are key areas in the “Made in China 2025” drive started seven years ago by President Xi Jinping, and they are also technologies in which the United States is now placing more federal resources.

Mr. Biden’s order has been anticipated for months, especially after the priorities were not included in an industrial policy bill that passed in Congress recently, pouring money into key technologies. But the order does not regulate “outbound investment” by American companies in foreign nations, though the Biden administration seems likely to seek new authorities to regulate that as well. For years, one fear has been that China requires companies to turn over technology as part of the price for being allowed to enter the Chinese market.

“For China, this work is about survival,” Nigel Inkster, the former director of operations and intelligence for Britain’s Secret Intelligence Service, wrote in The New York Times opinion section earlier this week, delineating covert operations by Chinese intelligence operatives to gain technology or manufacturing techniques that would speed Beijing’s way. It notes intelligence laws in China that order Chinese citizens to help intelligence agencies, usually secretly.

To some degree the presidential order formalizes a new, broader interpretation of the committee’s authorities that has been underway for several years. White House officials say that they believe Mr. Biden’s order to focus the CFIUS group on key technologies does not require amending its authorizing laws, which date back to the group’s creation during the Gerald Ford administration.

But over the past seven or so years, the power of the interagency group has gradually expanded significantly, and it now has the power to block even a minority investment — in part because of fears that Chinese state-owned firms were setting up venture capital funds in Silicon Valley and beyond to get an early look at new technologies — without buying a majority stake.

A White House statement said the new order would not look at size, but the characteristic of the technology itself, including “advancements and applications in technology that could undermine national security.”